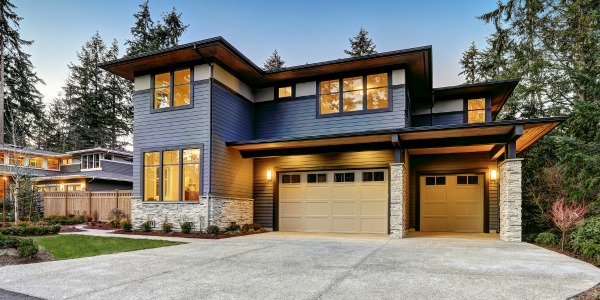 The sale of newly-built U.S. homes reached a seven-month high in December 2018, likely due to increased demand for inventory across the nation. However, November’s estimate was revised lower, indicating continued weakness in the market, according to a report from Reuters/CNBC.

Recent data showed an uptick in growth in the services sector in February, strengthened by a surge in new orders. Still, Reuters/CNBC reported a slowdown in hiring with employment in some service industries falling to a six-month low.

According to The Commerce Department, new home sales increased 3.7 percent to a seasonally adjusted annual rate of 621,000 units, the highest level since May 2018. November’s reading was originally 657,000 but was revised downward to 599,000, giving December’s level the highest rank in seven months.

Economists polled by Reuters had forecast new home sales to drop 8.7 percent to a pace of 600,000 in December.

It can be a little challenging to track and forecast new home sales, as they tend to be volatile month-to-month. Analysts track new home sales from building permits, which doesn’t guarantee the homes will be sold once completed. However, since levels of homebuilding activity are usually responsive to market demand, it’s likely that higher permit activity would indicate more new home sales in the near future.

Service Industries Getting a Boost

In a recent report from the Institute for Supply Management (ISM), the non-manufacturing activity index increased 3.0 points to a reading of 59.7 last month. A reading above 50 indicates expansion in the sector. The non-manufacturing sector accounts for more than two-thirds of the U.S. economy, so the increase is quite significant.

January saw a drop in the services sector; however, that was largely blamed on the partial government shutdown and volatility in the financial market, according to Reuters/CNBC.

The Commerce Department report showed new home sales in the South, which accounts for the bulk of transactions, increased 5.0 percent to a seven-month high in December.

Sales rose 1.4 percent in the West and made a huge 44.8 percent jump in the Northeast. However, they fell 15.3 percent in the Midwest to their lowest level since April 2016.

The median new house price decreased 7.2 percent to $318,600 in December from the year before. Inventory got a boost as well, with 344,000 new homes on the market in December, the most since December 2008 and up 3.0 percent from November. While this is good news, supply is just over half of what it was at the peak of the housing market boom in 2006, so there is still room to improve.

At December’s sales pace it would take 6.6 months to clear the supply of houses on the market, down from 6.7 months in November. Just under two-thirds of the houses sold last month were either under construction or yet to be built.