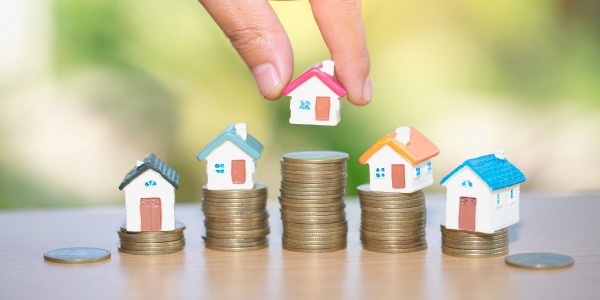 According to recently released data from real estate analytics and listing firm, Zillow, rental prices in February accelerated at the fastest rate in 10 months. The company’s Real Estate Market Report found that February’s rent prices increased 2.4% compared to the same month last year. This significant gain caused the U.S. median rent price to $1,472. The median rent price in February 2018 was $1,438. Although the difference only amounts to an additional $34, this translates to more than $400/year in additional costs for the average renter.

Zillow’s report revealed another interesting fact. Of the metro areas surveyed, only two posted a slowdown in rent price growth when compared to the year before: Pittsburgh and Orlando. However, both of these markets still experienced higher-than-normal growth, with Orlando rents increasing faster than any other large metro at 7%.

Not ready to buy a home? There may be a silver lining.

For those who would like to buy a home of their own but are simply not ready, this news may come as an unpleasant shock. However, there may be some good news ahead. While the rental market is certainly heating up, experts say the rapid price increases are unlikely to last much longer.

“The rental market spent part of last year catching its breath after several years of breakneck growth,” said Zillow Economist Jeff Tucker. “Landlords are now coming to terms with the fact that rent cannot grow faster than income forever, and after that short correction we can expect a much more vanilla, slow-growth market going forward. As we enter the 2020s, the demand for rentals is projected to fall as many millennials move on to homeownership.”

Tucker isn’t the only one who thinks the rental price boom is on its way out. According to CoreLogic Deputy Chief Economist Ralph McLaughlin, the growth of homeownership we saw in the last quarter of 2018 was largely due to young renters transitioning into home buyers.

“The fourth quarter of 2018 was the fifth consecutive quarter that owner-occupied households grew by more than a million, at 1.7 million new owner households,” McLaughlin stated in a report. “At the same time, the number of new renter households fell six out of the past seven quarters with a decrease of 167,000 households. This suggests that the increase in the homeownership rates is at least partly due to households making a switch from renting to owning.”

So if you’re among the many Americans who must continue to rent (or if it’s just your preferred lifestyle), hopefully the market will be kinder to your bank account in the near future. This is important for any renter who hopes to save up enough money to make a down payment on a home. (See our related post, Tips for Saving Up for a Down Payment on a Home).